Mechanisms of immunity in the cell nucleus 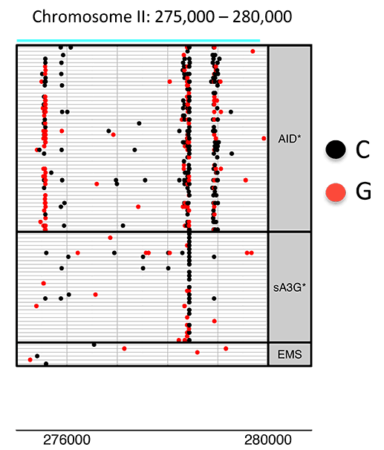 We are investigating how cells detect and neutralise the genomes of pathogens that target the cell nucleus while preventing damage to their own genomes. Despite sophisticated innate and adaptive immune defenses many viruses bypass these layered barriers and persist in the host as latent or chronic infection. In many cases persistence is achieved by integrating the genome of the virus into the host genome. In others, viruses achieve persistence by mantaining their genome in the nucleus of infected cells as a silent dweller. Discriminating between host and pathogen genomes is a challenge, given the chemical similarity between the two but is also critical for human health, since damage to the host genome can be a major cause of mutations in cancer.

Amongst several known mechanisms that sense and restrict viruses within the nucleus of mammalian cells are the APOBEC proteins. We have investigated how one of the members of this family of DNA deaminases, AID is targeted to the host DNA during its role in antibody diversification and how dysregulation of the immune deaminases can cause mutations in many cancers. In particular we have delineated the mechanisms that lead to clustered mutation or “kataegis” and the interaction between these immune defenses and the host DNA damage response. However we know little of the mechanisms that normally protect the genome of the host from innate immune defenses, in particular powerful mutagens like the APOBECs, or how the cell prevents most viruses from colonizing its nucleus. 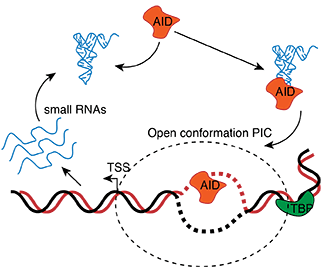 Our aims are to uncover i) nuclear antiviral mechanisms, ii) protective pathways that prevent genomic instability triggered by persistent infection, and iii) failing such protection, the mechanisms that mutagenize the host genome in response to infection.