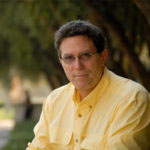 David Anderson, who is the Seymour Benzer Professor of Biology in the Division of Biology, California Institute of Technology, will give the inaugural Francis Crick Lecture on Friday September 9th 2011 at 4.00 pm in the LMB’s Max Perutz Lecture Theatre. The lecture is open to anyone in the local area who is interested in attending.
David graduated in biochemical sciences from Harvard College and earned his PhD from The Rockefeller University. 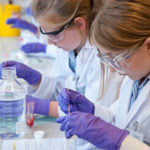 Every year schools from all over the East of England compete to grow the best crystals of potash alum. The competition, sponsored by the LMB and the Cambridge Crystallographic Data Centre is aimed at encouraging a whole new generation of scientists.
All the crystals produced are displayed at the Cambridge Science Festival in March and students from the winning schools are then invited to the LMB to see some science in action. 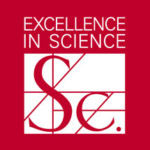 The Royal Society recognizes excellence in science and technology through its medals, awards and prize lectures. Amongst the recently announced prizewinners are three scientists from the LMB – Greg Winter, Brad Amos and Sarah Teichmann.
Greg Winter
Greg Winter from the LMB’s PNAC Division has been awarded the 2011 Royal Medal for interdisciplinary sciences. This is one of the most prestigious medals awarded by the Royal Society. 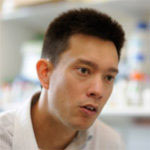 On the 24th June 2011 there will be a symposium in the LMB’s Max Perutz Lecture Theatre where Jason Chin will be presented with his medal for winning the Royal Society of Chemistry’s Corday-Morgan 2010 prize. The award was made in recognition of Jason’s “pioneering work on genetically encoding the synthesis of novel polymers in cells through development of methods to incorporate, for example, new amino acids”. 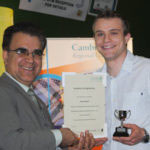 Philip Heard from the LMB’s Mechanical Workshop has been awarded Cambridge Regional College’s annual award for Best Overall Learner.
It is awarded to the person who has been the most outstanding student throughout the year on his course. Philip received his award at the Academy of Engineering’s award ceremony held at Cambridge Regional College on Tuesday 14th June 2011. 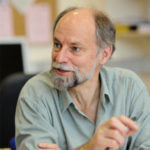 Hugh Pelham, Director of the LMB, has been honoured with a knighthood in the Queen’s birthday honours for 2011. The award is for services to science.
Hugh has been Director of the LMB since 2006, and a staff member since 1981. He became Head of the Cell Biology Division in 1992, and Deputy Director of the LMB in 1996.
Hugh has pioneered research into how proteins help to protect the body against the effects of extreme heat at the cellular level.