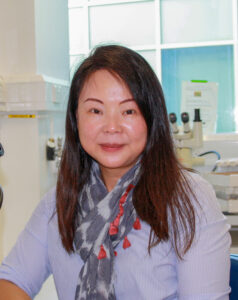 I started working in molecular biology in the Department of Zoology, University of Cambridge. I then joined Oxitec Ltd. in Oxford as a research scientist, applying genetic engineering techniques to develop systems for pest control. I started my DPhil at St John’s College, University of Oxford in 2006. During my DPhil I worked in Dr. Luke Alphey’s group in the Department of Zoology, focusing on the development of conditional germline expression systems for genetic control of pests. After I finished my DPhil project I joined Professor Alan Warren’s group in the Department of Haematology, University of Cambridge, using yeast as a model to elucidate the molecular mechanisms underlying diseases of ribosome biogenesis deficiency. In 2013, I began to work in MRC-LMB with Dr. Tiago Branco whose group focused on hypothalamic circuits that control defensive and aggressive behaviours. I was in charge of the molecular biology projects for the group including single neuron RT-PCR, shRNAi, CRISPR/Cas9 gene editing, and Adeno-associated virus design and production. I joined Simon’s lab in July 2016 to work on Drosophila genome editing project using CRISPR/Cas9 technology.