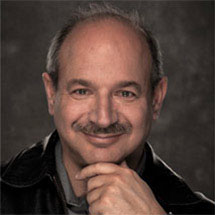 Professor Bruce Beutler will give the 2012 Milstein Lecture on Thursday 17 May 2012 at 4.15pm in the LMB’s Max Perutz Lecture Theatre. The lecture, entitled “How do we sense microbes? From LPS to TNF and the TLRs”, is open to anyone in the local area who is interested in attending.

Bruce is currently Regental Professor and Director of the Center for Genetics of Host Defense at University of Texas (UT) Southwestern Medical Center. He is also a member of the National Academy of Sciences and Institute of Medicine and has received numerous awards for his work – including the 2011 Nobel prize.

Bruce was awarded his MD degree at the University of Chicago in 1981 and did two years of residency at UT Southwestern before becoming a postdoctoral fellow and then Assistant Professor at the Rockefeller University. It was there that he isolated mouse tumor necrosis factor (TNF), and was the first to recognize TNF as a key executor of the inflammatory response. In 1986 he returned to UT Southwestern Medical Center as an HHMI investigator, before moving to the Scripps Research Institute in 2000 and rejoining UT Southwestern in 2011.

Autoimmunity was conceptualized by Ehrlich, who posited more than 100 years ago that mechanisms for self/non-self discrimination must exist in any immune system. Today we know that recognition of non-self is exercised both by the innate and the adaptive immune systems. Initial awareness of infection is provided by the former, and depends upon a remarkably small number of molecular interactions. In mammals, several types of innate immune sensors recognize conserved molecular signatures of infection, either on the surface of cells or within the cytosol. These sensors trigger a cytokine response that orchestrates inflammation, including the recruitment of many innate immune cells to the site of infection. Without this response, a state of immune compromise exists in which the host is quickly overwhelmed by microbes because it lacks awareness of infection.

The Toll-like receptors (TLRs), an ancient family of innate immune sensors, are the most diverse in terms of ligand recognition. Their involvement in microbe sensing was discovered using a classical genetic approach. It was determined that one member of the TLR family, TLR4, was mutated in mice that could not recognize bacterial lipopolysaccharide (LPS), known for many years as an inducer of systemic inflammation and shock during Gram-negative infection. The specificity of the other members of the TLR family was subsequently elucidated by reverse genetic methods. During the lecture Bruce Beutlerwill review these studies and consider TLR signaling pathways and the role played by TLRs in autoimmune and autoinflammatory diseases.

The Milstein Lecture, named in honour of the LMB Nobel Laureate César Milstein, is one of a series of lectures organised by the LMB and given by eminent scientists from around the world. César was born in Argentina in 1927. After completing PhDs in both Buenos Aires and Cambridge, and a brief spell of research back in Argentina, he joined the LMB in 1963 and spent the rest of his life here. He developed an early interest in immunology, and his research concentrated on antibody structure and diversity. In the early 1970’s he and his post-doc Georges Köhler developed the technique to produce monoclonal antibodies, for which they were jointly awarded the 1984 Nobel Prize in Physiology and Medicine. This technique has been used for diagnostics and developed further by LMB colleagues for therapeutic applications, leading to the creation of several MRC spin-out companies. César continued his research on how somatic mutation arises in immunoglobulin genes. He died in Cambridge on 24 March 2002.