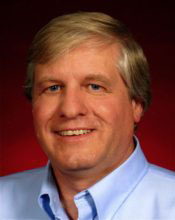 Professor Scott Emr will give the 2013 Milstein Lecture on Thursday 26 September at 4.15pm in the LMB’s Max Perutz Lecture Theatre. The lecture, entitled “Sorting out protein traffic: Ubiquitin-mediated endocytosis and a membrane protein’s final ESCRT”, is open to anyone in the local area who is interested in attending.

Down-regulation of cell surface receptors and transporters is mediated by a series of membrane trafficking steps including ubiquitin-mediated endocytosis, ESCRT-mediated cargo(Ub) recognition, sorting and packaging into vesicles that bud into the lumen of the endosome (ILVs), and endosome-lysosome fusion. We have focused our efforts on two stages of this pathway: