Home > LMB News > 2014 Francis Crick Lecture to be given by Stephen J. Elledge 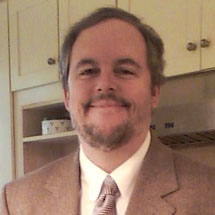 Stephen J. Elledge, Gregor Mendel Professor of Genetics, Department of Genetics, Harvard Medical School will give the 2014 Francis Crick Lecture on Friday 19th September at 4.15pm in the LMB’s Max Perutz Lecture Theatre.  The lecture is open to anyone in the local area who is interested in attending.

Stephen completed his PhD at the Massachusetts Institute of Technology.  His postdoctoral fellowship at Stanford University saw him begin to focus on the cell cycle.  Stephen’s research has led to important discoveries about how cells detect and repair DNA damage, uncovering a whole signal transduction mechanism that alerts cells to chromosome defects.

His current work involves genetic and computational strategies being applied to understand how aneuploidy drives tumorigenesis and how genetics can uncover vulnerabilities in cancer cells.  In 1993 he was appointed as a Howard Hughes Medical Institute Investigator.

The title of the 2014 Francis Crick Lecture is “How Aneuploidy Drives Cancer”.

Aneuploidy has been recognized as a hallmark of cancer for over 100 years, yet no general theory to explain the recurring patterns of aneuploidy in cancer has emerged. We developed Tumor Suppressor and Oncogene (TUSON) Explorer, a computational method that analyzes the patterns of mutational signatures in tumors and predicts the likelihood that any individual gene functions as a tumor suppressor (TSG) or oncogene (OG). By analyzing >8200 tumor-normal pairs we provide statistical evidence suggesting many more genes possess cancer driver properties than anticipated, forming a continuum of oncogenic potential. Integrating our driver predictions with information on somatic copy number alterations, we find that the distribution and the potency of TSGs (STOP genes), OGs and essential genes (GO genes) on chromosomes can predict the complex patterns of aneuploidy and copy number variation characteristic of cancer genomes. We propose that the cancer genome is shaped through a process of cumulative haploinsufficiency and triplosensitivity. We are now assessing how aneuploidy drives cancer and the potency with which it does so.  Ramifications of aneuploidy will be discussed.