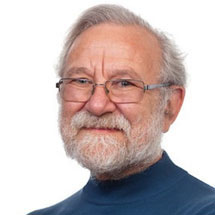 Professor Peter Walter will give the 2014 Milstein Lecture on Monday 30 June 2014 at 4.15pm in the LMB’s Max Perutz Lecture Theatre. The lecture, entitled “Unfolded Protein Response in Health and Disease” is open to anyone in the local area who is interested in attending.

Peter is currently Professor at the Department of Biochemistry & Biophysics at University of California, San Francisco, and an investigator of the Howard Hughes Medical Institute. He is also a member of the National Academy of Sciences, and the American Academy of Arts and Sciences.

Peter completed his PhD research in the laboratory of Dr. Günter Blobel at Rockefeller University, where he investigated the mechanism of protein translocation into the endoplasmic reticulum. As part of his PhD work, Peter discovered and purified the signal recognition particle and characterized its function. He has been on the faculty at the Department of Biochemistry & Biophysics at the University of California, San Francisco since 1983.

The unfolded protein response is an intracellular signalling pathway that adjusts the abundance and protein folding capacity of the endoplasmic reticulum according to need. The most conserved branch of the pathway mediated by the ER-resident transmembrane kinase/endoribonuclease Ire1, was first discovered in Saccharomyces cerevisiae. It mediates signal transduction via a non-conventional mRNA splicing mechanism that has since been found conserved in all metazoan cells investigated. In response to accumulation of unfolded proteins in the ER, mRNA splicing results in the production of a transcription factor (Hac1 in yeast and XBP1 in metazoan cells) that up-regulates UPR target genes, which in turn enhance protein folding in the ER to re-establish homeostasis. If homeostasis cannot be restored, cells commit to apoptosis. The UPR therefore makes life or death decisions for the cell, which connects it to numerous human diseases, including inherited protein folding diseases, neurodegeneration, diabetes, and cancer. In addition to the highly specific endonucleolytic activity of Ire1 for HAC1/XBP1 mRNA, a more pleiotropic activity of Ire1, first discovered in Drosophila and then found in mammalian cells, initiates degradation of a set of ER-bound mRNAs, thereby reducing the load of proteins entering the ER lumen by a process termed RIDD for regulated Ire1-dependent mRNA decay. By contrast to other cells studied, Schizosaccharomyces pombe encodes no Hac1 homolog, displays no transcriptional up-regulation of UPR target genes, and uses RIDD as the sole mechanism to balance protein folding capacity with protein folding load. A single mRNA encoding the major ER chaperone BiP escapes decay after Ire1 cleavage in its 3’UTR. Truncated BiP mRNA is stabile despite its lack of a poly-A tail and is actively translated. Mechanistic aspects and evolutionary considerations will be discussed.