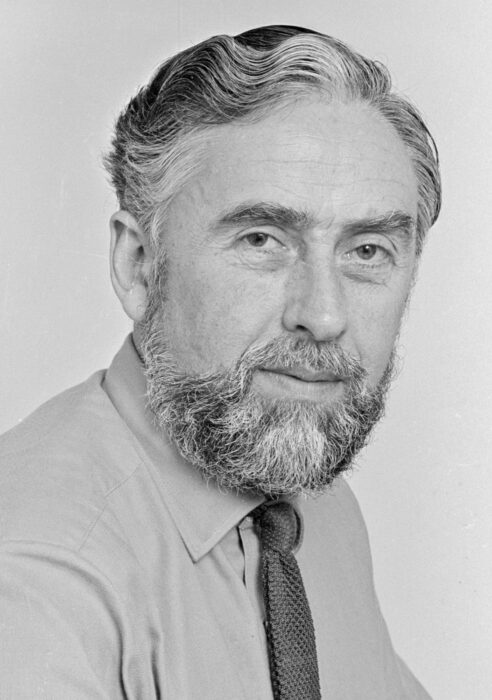 Ken Harvey joined the LMB on 21st June 1965, as the LMB’s first photographer. He went on to become Head of the Photography Department (now the Visual Aids Department), as it expanded to include graphics and design work. He retired from the LMB, at the then statutory retirement age of 60 for MRC employees, on 30th September 1986. After retiring from the LMB, Ken became the photographer at the University of Cambridge’s Earth Sciences Department.

Ken was born on 5th July 1926 and educated at Chesterton Boys School, Cambridge. He started work as an assistant in the University of Cambridge’s Zoology Department before becoming a technical assistant in the Department of Physics. In 1961, he completed photography training at the Ilford Colour School. He exhibited his work at several photography shows, including at the East Anglian Federation and gained several Certificates of Merit from the Cambridge Camera Club. He was also a part-time Instructor of Photography at the Manor Evening Centre, Cambridge.

Ken was a well-known and fondly remembered figure at the LMB and he continued to keep in contact with friends and colleagues here for many years. He died on 18th March 2021, in Cambridge, aged 94.