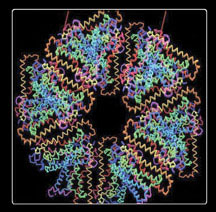 Heptares Therapeutics Ltd, the drug discovery company focused on G-protein-coupled receptor (GPCR) targets, has recently announced that it has entered into an option agreement with the Novartis Option Fund under which Heptares will apply its proprietary StaR(TM) technology to generate novel drug leads against a nominated, unspecified GPCR target of interest to Novartis. The agreement includes upfront and potential milestone payments to Heptares totaling up to $200 million plus royalties. Full financial terms were not disclosed.

StaR technology enables GPCRs, normally membrane-bound, to be worked on in solution, allowing the use of structure-based drug discovery technologies and the discovery of novel drugs addressing this important set of targets. Heptares is deploying this technology principally to generate small molecule drugs against currently difficult or intractable GPCR targets in several disease areas.

Under the terms of the agreement with the Novartis Option Fund, Heptares will apply its StaR technology to a target identified by Novartis and drive a drug discovery programme against that target.

Heptares was founded in 2007 and its StaR technology arose out of the pioneering work of Heptares’ founding scientists at the MRC Laboratory of Molecular Biology (Cambridge, UK) and the National Institute for Medical Research (London, UK).