Home > LMB News > Inaugural Francis Crick Lecture to be given by David Anderson. 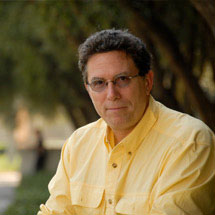 David Anderson, who is the Seymour Benzer Professor of Biology in the Division of Biology, California Institute of Technology, will give the inaugural Francis Crick Lecture on Friday September 9th 2011 at 4.00 pm in the LMB’s Max Perutz Lecture Theatre. The lecture is open to anyone in the local area who is interested in attending.

David graduated in biochemical sciences from Harvard College and earned his PhD from The Rockefeller University. In 1989 he was appointed as a Howard Hughes Medical Institute Investigator. He is a member of the National Academy of Sciences and a fellow of the American Academy of Arts and Sciences.

The initial focus of David’s research has been to find out how neural stem cells decide whether to become neurons, the cells that send information to and from the brain, or to become glia, the cells that insulate and support neurons. By isolating and studying neural stem cells, David has discovered several molecules that act externally from stem cells, pushing them to develop into neurons, glial cells or even smooth muscle cells. Along with his colleagues he has also identified “master” genes, transcription factors that act inside stem cells to control their fate. More recently, David has focused on deciphering the neural circuits that underlie fear, anxiety, aggression and other innate, emotional behaviours. Elucidating these neural circuits is an important step to understanding how genes, drugs, and experience act on and modify these circuits, in both normal behavior and in disorders such as anxiety and depression.

The title of the Francis Crick Lecture is “Genetic dissection of emotion circuits in flies and mice.”

Emotions are fundamental to animal and human behavior, but how they are encoded in the brain at the level of specific neural circuits remains poorly understood. The application of genetically based tools for marking, mapping and manipulating specific populations of neurons, together with machine vision-based approaches for automated analysis of behavior, have opened up new opportunities to understand the neurobiology of emotion in model organisms. This presentation will focus on efforts to apply these approaches to elucidate neural circuit-level mechanisms controlling aggression and defensive behaviors, as well as associated arousal states, in both flies and mice. The information gleaned from such studies may someday enable more targeted therapies for the treatment of psychiatric disorders.

The Francis Crick Lecture is named in honour of LMB Nobel Laureate Francis Crick. It is the third in the series of named lectures being organised by the LMB to be given by eminent scientists from around the world. Francis was born in 1916 in Northampton. He studied physics at University College London. His PhD work was interrupted by World War II, during which he worked on the design of acoustic and magnetic mines for the British Admiralty. In 1949 he joined Max Perutz’s MRC Unit in Cambridge. It was here that he helped solve the structure of DNA and initiated work on the genetic code. In 1976 he moved to the Salk Institute, California. He immersed himself in trying to define how we are aware of things – consciousness. He continued with this until he died, defining the important goal of trying to find a neuronal correlate of consciousness. He died in San Diego on 28 July 2004.