Home > LMB News > 2011 César Milstein Lecture to be given by Tom Rapoport. 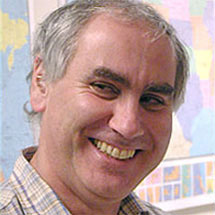 Professor Tom Rapoport from the Department of Cell Biology, Harvard Medical School will give the inaugural Milstein Lecture on Thursday April 7th 2011 at 4.15 pm in the LMB’s Max Perutz Lecture Theatre. The lecture is open to anyone in the local area who is interested in attending.

Tom graduated with honours and then earned his PhD from Humboldt University in 1972. He joined the faculty of Harvard in 1995 from the Max-Delbrück-Institute for Molecular Medicine in Berlin, and in 1997 was appointed as a Howard Hughes Medical Institute Investigator. He is a member of the National Academy of Sciences and the Leopoldina Academy, and a fellow of the American Academy of Arts and Sciences and the American Association for the Advancement of Science.

Tom’s scientific career has covered many areas from metabolic flux to the molecular mechanisms by which secreted proteins are transported across the membrane of the endoplasmic reticulum (ER). He is currently interested in translocation of newly made proteins into the ER, retrotranslocation of misfolded proteins out of the ER (ERAD) and also how the shape and structure of the ER is established.

The title of the Milstein Lecture will be “How the endoplasmic reticulum gets into shape”.

How is the characteristic shape of a membrane-bound organelle achieved? We have addressed the mechanism by which the morphology of the ER is generated. ER tubules are shaped by two families of integral membrane proteins, the reticulons and DP1/Yop1p, which are necessary and sufficient for tubule formation. These proteins may use hydrophobic insertion and scaffolding mechanisms to shape lipid bilayers into tubules. The interconnection of ER tubules in mammalian cells requires the atlastins, membrane-bound GTPases of the dynamin family, which probably promote homotypic fusion of the tubules. A similar GTPase in yeast, Sey1p, may have an analogous function. Our recent results suggest that the reticulons and DP1/Yop1p are also a major determinant of peripheral ER sheets, which can be further stabilized by sheet-promoting proteins.

The Milstein Lecture, named in honour of the LMB Nobel Laureate César Milstein, is the first of a series of lectures being organised by the LMB to be given by eminent scientists from around the world. César was born in Argentina in 1927. After completing PhDs in both Buenos Aires and Cambridge, and a brief spell of research back in Argentina, he joined the LMB in 1963 and spent the rest of his life here. He developed an early interest in immunology, and his research concentrated on antibody structure and diversity. In the early 1970’s he and his post-doc Georges Köhler developed the technique to produce monoclonal antibodies, for which they were jointly awarded the 1984 Nobel Prize in Physiology and Medicine. This technique has been used for diagnostics and developed further by LMB colleagues for therapeutic applications, leading to the creation of several MRC spin-out companies. César continued his research on how somatic mutation arises in immunoglobulin genes. He died in Cambridge on 24 March 2002.