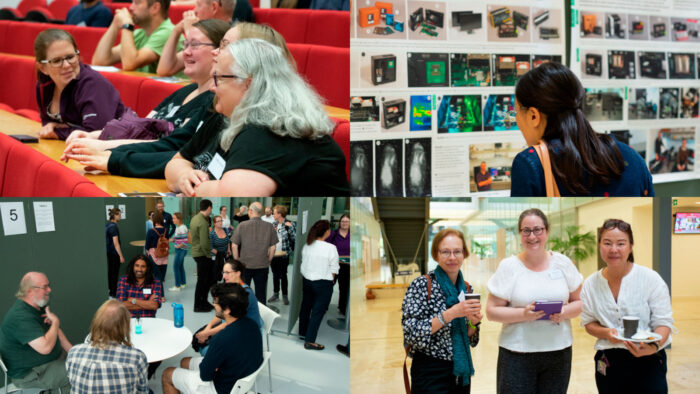 The LMB recently hosted a Technician Symposium, welcoming technical staff from the MRC Laboratory of Molecular Biology (LMB), the MRC London Institute of Medical Sciences (LMS) and the Mary Lyon Centre at MRC Harwell to our building. Speakers from a range of roles highlighted the diversity of technical jobs, and discussed their varied career journeys leading to their current roles.

The event was opened by LMB Director Jan Löwe, who welcomed attendees to the LMB and touched upon the progress that has been made in the Technicians Commitment at LMB, LMS and Harwell.

The first presentation was from Yu Liu, Facility Governance and Research Operations Lead at LMS. Yu discussed what has motivated her career shift from practising cardiovascular medicine, to academic research, to a technical role, and dispelled some myths about a career as a technician. Later, Susan Allen, Laboratory Manager at Harwell, discussed her career and what has kept her at Harwell since 2002. This included how technology and methods have evolved and improved throughout her tenure, and how her role as a technician has allowed her to pursue further professional development and teach overseas.

In a series of short talks, Giuseppe Cannone detailed how he came to be an Electron Microscopy Support Officer at the LMB, Moaz Talat covered his journey to be a Research Assistant in the Molecular Cell Biology group at Harwell, and Jennifer Roe touched on her role as an Experimental Technician in the LMB’s Biological Services Group. 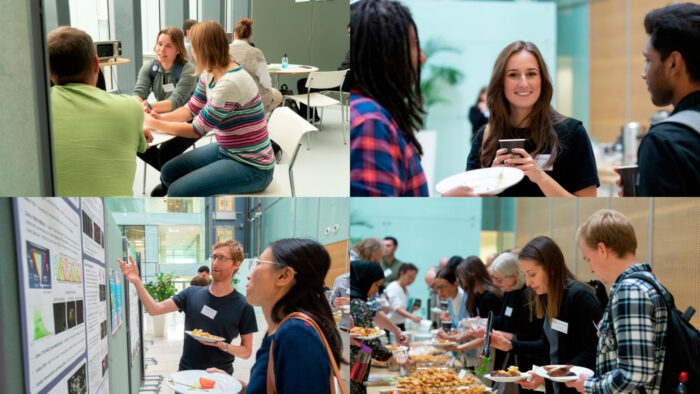 These talks continued with Ryan Usher, an Electronics Engineer at LMB, who discussed the value of apprenticeships as a training route for technicians and Krystian Nowicki, a Research Assistant in Harwell’s Molecular and Cell Biology group, who presented on different sequencing methods he frequently utilises. The short talks concluded with Ivan Andrew, Research Assistant and Genomics Core Lab Manager at LMS, who covered the different aspects of his role, as well as the continuous professional development he’s pursued and Rebecca Shaw informed the audience about the services she helps provide to LMB research groups and the further qualifications she has achieved since joining the LMB.

The programme also included a speed networking session to allow people to mingle with technical specialists from other institutes and an interactive workshop by Kev House of Art of Brilliance.

Alison Lane, Chair of the LMB’s Technician Commitment Committee commented: “We’ve had a really inspiring day hearing from such a wide range of technicians from LMB, LMS and Harwell. We aim to collaborate on more events like this in the future in order to further increase visibility of our technicians and their vital roles.”