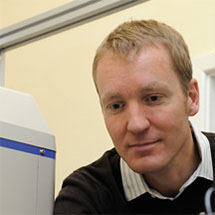 The Wellcome Trust has appointed 27 Investigators – 7 New Investigators and 20 Senior Investigators – based at institutions across the UK, from London to Liverpool, Edinburgh to Manchester, as well as to a researcher in Brazil. The awards will range from around £1 million to £3 million.

Prospective Investigators were interviewed by expert panels led by Professor Deborah Smith, Head of the Biology Department at the University of York, and Professor Sir Paul Nurse, President of the Royal Society.

“Throughout the rigorous selection process all of these individuals demonstrated research excellence, vision and leadership,” says Professor Smith. “It was very rewarding to be involved in interviewing such an exceptional group of scientists. They are highly deserving of the Wellcome Trust’s support.”

Jan’s research focuses on the molecular architecture of the bacterial cytoskeleton, which is used to position molecules inside the cell during processes such as cell division and to direct growth of the external cell wall. His group investigates the structure and function of the bacterial cytomotive filaments that form the cytoskeleton by using structural techniques at three different levels of magnification. The overall aim of obtaining a chemical understanding of how bacterial cells work and organise themselves internally may in the future lead to new approaches to antibiotic drug discovery.