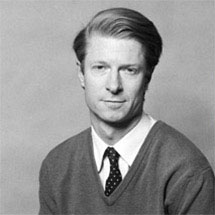 The LMB is delighted to congratulate alumnus John Gurdon on the award of the 2012 Nobel Prize for Physiology or Medicine. John shares the award with Shinya Yamanaka, from Japan, for their quite different work (more than 40 years apart) on reprogramming somatic cells to pluripotent stem cells.

John’s key experiments on nuclear transplantations into frog oocytes were done while he was as a graduate student in the Zoology Department in Oxford, in the late 1950’s. In 1972, John moved from Oxford to the LMB as a member of staff, and from 1979 was Head of the LMB Division of Cell Biology. While here he continued to develop the use of Xenopus oocytes as a living test tube, demonstrating synthesis of haemoglobin from injected mRNA, and of 5S rRNA from injected DNA, as well as continuing his studies of gene activation in injected somatic cell nuclei.

He moved with fellow LMB Scientist, Ron Laskey, to the Zoology Department of the University of Cambridge in 1983, and in 1991 they founded the Wellcome/CRC Institute, later re-named the Gurdon Institute in his honour.

The Nobel award caps a lifetime of dedication to understanding how genes can be regulated to produce an entire living organism from a single cell.