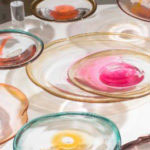 Works of art that resulted from unique collaborations between artists and scientists, including LMB group leader Melina Schuh, are currently being displayed in London’s Lethaby Gallery in the exhibition ‘Lens on Life’. This high profile exhibition explores cell division through works of art, with the aim of providing a new perspective on the processes of mitosis and meiosis.

The exhibition also features the documentary ‘Meeting of Minds’. This documentary followed the artists and scientists over nearly two years as they visited each other in their studios or laboratories and illustrates how the pieces of art evolved over time.

The exhibition and documentary form part of the project MitoSys, which aims to obtain a systems level understanding of key processes involved in cell division. MitoSys involves internationally leading scientists from 13 research institutes including the LMB, the University of Oxford, EMBL and the Institute of Molecular Pathology in Vienna. 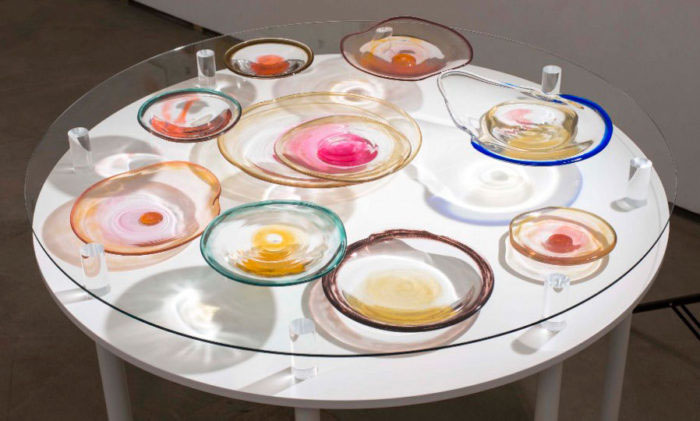 As part of this, scientists specialising in a particular aspect of cell division were paired with artists. Melina, from the LMB’s Cell Biology Division, who is researching cell division in mammalian eggs, was paired with the porcelain and glass artist Rob Kesseler. The image above shows a work of art that resulted from this collaboration.

The ‘Lens on Life’ exhibition is at the Lethaby Gallery, Central Saint Martins, London (close to King’s Cross station) from 20th January to 27th February 2015. It was first exhibited in Rome and will move to the University Museum Heidelberg in March.

‘Lens on Life’ is curated by Marina Wallace and Ludovica Gilio, Central Saint Martins, London, with support from the FP7 Health Programme of the European Union (GA 241548).