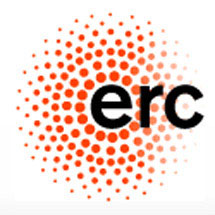 ERC grants are given for pioneering frontier research in any field of science, engineering and scholarship. The ERC’s main aim is to stimulate scientific excellence by supporting and encouraging the very best, truly creative scientists.

Dr Lori Passmore from the LMB’s Structural Studies Division has been awarded a €1.1m ERC Starting Independent Researcher Grant to gain insight into how genes are expressed at the molecular level.

The genes of eukaryotes are normally copied into precursor messenger RNA (pre-mRNA) molecules, which then have to be processed for the instructions from the gene to be translated into proteins. One end of the pre-mRNA molecule has an element attached to it called a poly(A) tail. The tail’s length dictates how stable the mRNA is and how efficiently it can be translated into protein. Lori’s group will study how poly(A) tails are added and removed from mRNA, which will provide an insight into how the genes are expressed. Ultimately, this could shed light on how faulty gene expression contributes to diseases such as cancer and heart disease.

Dr Sarah Teichmann also from the LMB’s Structural Studies Division has been awarded a €1.33m ERC Starting Independent Researcher Grant for research on decoding genetic switches in T helper cell differentiation.
T helper cells are an important type of leukocyte (white blood cell), because they are activated in response to infections, during allergic reactions and when the immune system attacks the body itself, which happens in an autoimmune disorder. T helper cells transform from one cell type to another using a process known as differentiation. Once differentiated, the cells then send signals to other cells, which are essential to launching immune responses. Sarah’s group will study the intricate control of changes in gene expression that these cells undergo as they differentiate, and thus gain insight into how the body fights infection, reacts to allergies, and endures autoimmune disorders.

Mario’s group uses the simpler nervous system and more reproducible behaviour of the nematode C. elegans as a model to understand our brain and behaviour. In C. elegans we can associate behaviour with the activity of identified neural circuits and their associated molecular pathways. The aim is to identify molecular pathways and circuitry principles that are conserved from worm to man.

Professor Sir Alan Fersht, FRS, from the PNAC Division of LMB, has been awarded an Advanced ERC Grant of €1.5m for his project “Tumour suppressor p53: structure, stability and novel anti-cancer drug development”.

Alan’s grant complements his MRC programme grant on the “Structural Biology of p53”, which started on 1 October 2010. 70% of human cancers have p53 directly inactivated by mutation. Alan’s group has found that some 30% of the inactivated mutants are unstable and temperature sensitive. As such, they are potentially rescuable by small molecules. The ERC grant will fund a fundamental programme to discover the principles of the stabilization of proteins by small molecules, with the prospects of drug discovery.