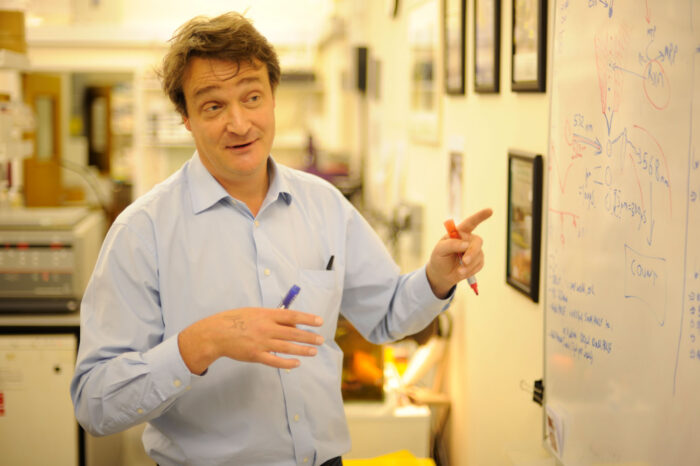 Paul was born on 27th April 1962. He studied Natural Sciences at the University of Cambridge, graduating with a First in Biochemistry in 1984. Before starting his PhD at the University of Oxford in 1985 he worked as a research assistant at the LMB with Greg Winter for a few months, and was responsible for the synthesis of the oligonucletides used in the creation of the first humanised antibodies. In Oxford, at the Sir William Dunn School of Pathology, Paul developed methods for linkage mapping of large DNA molecules, and was awarded a Junior Research Fellowship at St Edmund Hall. In 1992, he returned to the LMB, initially as a postdoctoral scientist in Terry Rabbitts’ group, becoming a Group Leader in 1994. He left in 2015 and set up his own research company, Mote Research, at Babraham, just outside Cambridge, and was the company’s CEO.

Paul’s main area of research was in genomics, particularly the development of new technologies and techniques using single-molecule methods. This included genome mapping, haplotyping, sequencing of ancient DNA, and more recently, microfluidics and single-molecule DNA sequencing. His development of methods began from a theoretical analysis in his doctoral thesis, when he developed a new method for genomic mapping, the DNA fragmentation mapping method, essentially an in vitro analogue of classical linkage mapping, in which recombination and segregation separate linked markers with a frequency proportional to the distance between them.

His later research focussed on using molecule-counting methods to look at copy-number variations (CNVs), particularly in the early development of cancer. By looking at genomic variation in small clusters of pre-malignant cells, his group gained insights into the earliest events in carcinogenesis. The same approach was also used to look at cell-to-cell variation within normal tissues, and at the genomic alterations that take place in ageing cells. 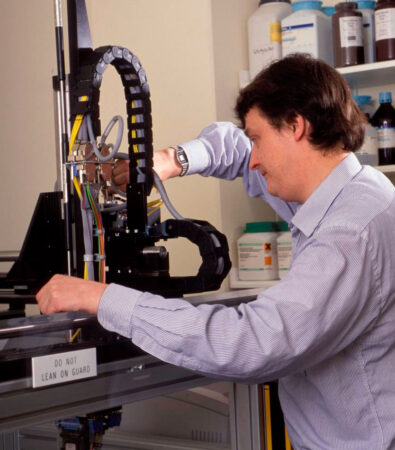 From 1993 to 1998, Paul was also a consultant and instrumentation designer for Flowgen Instruments Ltd., and from 2013 was a molecular biologist at Base4 Innovation. Paul was the recipient of various MRC Inventor Awards, and in 1998 was awarded the Max Perutz Postdoctoral Research Prize.

Outside of research, Paul had many interests: aviation, geology, naked-eye astronomy, electronics and robotics, and music (piano). At the LMB he was also known for his wry and witty replies to general building-wide emails, for example, on advising someone who was asking how to eliminate black mould from their home, he suggested: “take two tablespoons of baking soda and about 250ml of vodka. Set the baking soda to one side. Drink the vodka. Then move house.”

Greg Winter comments “I remember Paul with great affection, not only as a wit but as an extremely bright and original thinker, as well as a skilled experimentalist. Paul was immensely loyal and grateful to the LMB and to those who worked with him.”

Paul leaves behind his wife Denise and daughter Felicity, both fellow scientists.