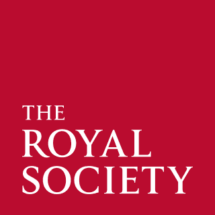 Andrew McKenzie, John Sutherland and Roger Williams, all Group Leaders in the LMB’s PNAC Division, have been elected Fellows of the Royal Society.  The Royal Society is a Fellowship of the world’s most eminent scientists and is the oldest scientific academy in continuous existence.  It seeks to promote excellence in science, electing up to 52 new Fellows and up to 10 new Foreign Members each year who have made substantial contributions to the improvement of knowledge in the sciences.

Andrew joined the LMB in 1994, and became a Programme Leader in April 2002.  In 2013 he was appointed joint head of the PNAC Division.  His research investigates how the immune system protects the body from infection, and how errors in the response can lead to inappropriate inflammation and pathology.  To defend the body, the cells of the immune system must be highly co-ordinated – each cell producing and responding to molecular signals from other cells to ensure that they destroy the invader. This work has led to the discovery of a new immune cell, called a nuocyte/ ILC2, that plays a key role in protective responses to parasite infections, but also in asthma and allergy.  By understanding the complex cellular dialogue Andrew’s group aims to devise inhibitors to block the signals that lead to asthma and allergy.

Andrew has been recognised for breakthroughs in understanding the innate regulatory pathways that control asthma and allergy through the characterisation of novel immune-regulatory type-2 innate lymphoid cells. 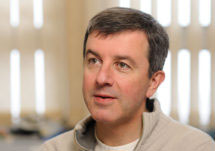 John arrived at the LMB as a Programme Leader in October 2010 from the University of Manchester, where he was a Professor of Biological Chemistry.  John’s group is interested in how the chemicals necessary for life were synthesised on the early ‘prebiotic’ Earth. These include molecules for carrying information, catalysis and compartmentalisation – DNA/RNA, proteins and lipids respectively in the modern world.  Previous theories on the origins of life-forming molecules have assumed that one type of subsystem emerged first (e.g. the ‘RNA world’) and others followed. However, John’s group has discovered a set of reaction conditions (UV light and the reducing power of hydrogen sulphide) which are not only plausible early-Earth conditions, but also convert hydrogen cyanide and a couple of other small prebiotic molecules into nucleic acid, peptide and lipid building blocks.

John has been awarded the Fellowship in recognition of for his pioneering studies in understanding the chemical origins of life. His proposed scenario is the first unifying theory which has been experimentally proven to demonstrate that all of the necessary subcellular precursors to life can be assembled simultaneously in a prebiotic world. 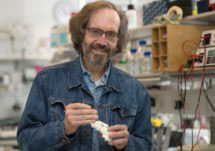 Roger joined the LMB in 1992 and became a Programme Leader in March 2000.  Roger studies structures and dynamics of protein complexes that associate with and modify lipid membranes. His group is deciphering mechanisms of regulation of diverse members of the phosphoinositide 3-kinase (PI3K) enzyme family involved in cellular signalling, lysosomal sorting, nutrient sensing and DNA-damage response. Their work focuses on how these enzymes contribute to oncogenesis and how pharmaceuticals can specifically target these pathways. Roger’s group has shown how conformational changes in PI3Ks accompany their activation on membranes and established that oncogenic mutations activate PI3Ks by mimicking or enhancing these conformational changes. They are unveiling structural and dynamic features that make PI3K complexes both membrane modifiers and sensitive detectors of membrane lipid packing and curvature.

Roger has been recognised for his seminal contributions to our understanding of inositide signalling and the structural knowledge of cell trafficking systems.