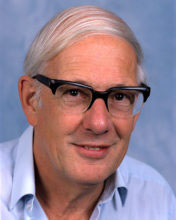 Mark Bretscher studied Chemistry at the University of Cambridge, before joining the MRC Laboratory of Molecular biology as a research student with Sydney Brenner. His research career has been based almost entirely at the LMB, joining the scientific staff in 1965 and then becoming a Programme Leader.  He was Head of the Cell Biology Division from 1986-1995, and an Emeritus scientist from 2005-2013.

My research has traversed a range of topics. Early studies (1961-70) focused on the genetic code and how proteins are synthesised: this includes the discovery of the linkage of the growing polypeptide chain to tRNA; how chain initiation is effected by the initiator tRNA binding directly to the peptide site on the ribosome; early coding properties of a terminator codon and an outline of that process; and a proposed scheme for how translocation is effected – a hybrid site model.

Using the human erythrocyte membrane as a model (1971-5), I showed that some proteins span the bilayer in an asymmetrical way, although most proteins are somehow associated with the inner surface. I also discovered that the phospholipids of the bilayer are asymmetrically disposed and suggested how thus result suggests the existence of lipid flippases. I also contributed to understanding how the length of a transmembrane domain effects the sorting of membrane proteins in the Golgi apparatus.

My later work (1976-2013) focused on how animal cells migrate. The scheme I favoured placed much of the emphasis for the process on an asymmetric endocytic cycle whose polarity is determined by the actin and microtubule cytoskeleton. I found that in moving mammalian cells the surface endocytosed by coated pits is returned to the cell’s advancing tip: this could provide the surface and feet for the cell to extend and attach itself. Because of the particular nature of the circulating membrane, this leads to a pronounced cell surface polarity. The generation of this polarity may be used to provide developing cells with an asymmetry. Although amoebae (Dictyostelium discoideum) have many of the same motile properties as, say, a fibroblast they appear not to have a similarly polarised endocytic cycle.

Much of my research was done on my own, as can be seen from my publications. My group occasionally contained another scientist; these included Joan Steitz, Harvey Lodish, Welcome Bender and Carmen Aguado-Velasco and my only student, Margaret Clotworthy. 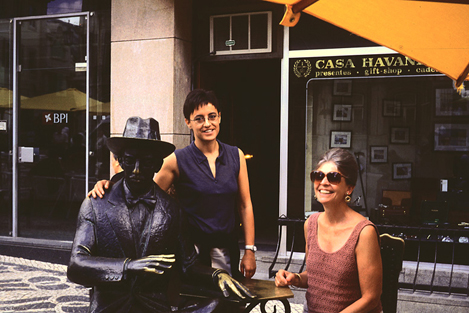