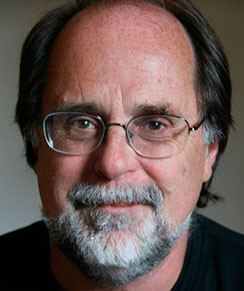 This year’s Max Perutz lecture on “Five ways for viruses to enter the animal cell” will be given by Ari Helenius. The lecture takes place on 30 April at 2.30pm in the Max Perutz Lecture Theatre at the LMB and is open to all interested in attending.

Since 1997 Ari Helenius has been Full Professor of Biochemistry in the Swiss Federal Institute of Technology (ETH) in Zurich where he heads several interdisciplinary projects in the field of protein folding and virus-cell interaction.

Born in Finland, Ari studied biochemistry and completed his PhD at the University of Helsinki. After six years at the European Laboratory for Molecular Biology (EMBL) in Heidelberg, he joined Yale University as an Associate Professor in 1981, becoming Full Professor (1983-92) and Chairman (1992-97) of the University’s Department of Cell Biology. Ari is a member of many scientific societies including the American Society for Cell Biology and the European Molecular Biology Organization (EMBO) and his honours include The Marcel Benoist Price, and the Suomen Valkoisen Ruusun I luokan ritarimerkki (medal given by the Government of Finland).

Work by Ari’s group at ETH Zurich focuses on the cell biology of animal virus entry into their host cells, and viral protein folding and assembly during later phases of the infectious cycle.

When viruses enter host cells most of them follow a stepwise program that involves attachment, activation of signaling pathways, endocytosis, penetration into the cytosol, intracellular transport, and finally uncoating of the viral genome. Since these steps depend on cellular functions, hundreds of cellular proteins inadvertently end up assisting the viruses.

Using high-end light microscopy, automated siRNA and drug screening as well as biochemical and biophysical approaches, we have analyzed the cell biology of entry of viruses from different families. We find five distinct routes with penetration occurring in the plasma membrane, early endosomes, maturing and late endosomes, macropinosomes, and the ER. During the lecture Ari will review the general concepts, and describe in more detail the entry strategies used by influenza A and vaccinia virus.

The lecture, named in honour of the LMB Nobel Laureate Max Perutz, is one of a series of lectures organised by the LMB and given by eminent scientists from around the world.

Max Perutz arrived at the Cavendish Laboratory in Cambridge in 1936, to work in the field of X-ray crystallography. This move would lead to him becoming a pioneer in the new field of molecular biology, co-founding a world-class research laboratory and developing a technique to unlock the structures of proteins.

Max played a key role in the history of the LMB. He was Director of the ‘MRC Unit for Research on the Molecular Structure of Biological Systems’ when it was established in 1947; and when the unit became the MRC Laboratory of Molecular Biology (LMB) in 1962, he became its first Chairman.

Max Perutz officially retired as Chairman of the LMB in 1979, having overseen the development of the MRC unit into a first class research laboratory. He died in Cambridge on 6 February 2002, aged 87.