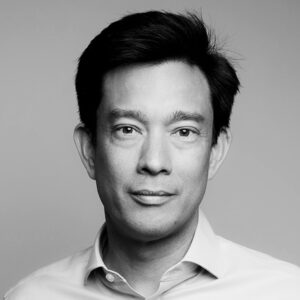 is currently a Programme Leader at the Medical Research Council Laboratory of Molecular Biology (MRC-LMB), where he is also Head of the Centre for Chemical & Synthetic Biology (CCSB).  He is Professor of Chemistry & Chemical Biology at the University of Cambridge, and holds a joint appointment at the University of Cambridge Department of Chemistry.  He is also a fellow in Natural Sciences at Trinity College, Cambridge.

Jason is a native of the UK. He was an undergraduate at Oxford University, where he worked with Professor John Sutherland on Cephalosporin biosynthesis. He obtained his PhD as a Fulbright grantee from Yale University, working with Professor Alanna Schepartz. He was a Damon Runyon Fellow at The Scripps Research Institute with Professor Peter Schultz where he developed the first approaches to systematically expand the genetic code of eukaryotic cells and pioneered approaches, that are now widely used, for defining protein interactions by genetically encoding photocrosslinking amino acids.

Jason’s work has been recognized by a number of awards, including: the Francis Crick Prize (Royal Society), the Corday Morgan Prize (Royal Society of Chemistry), European Molecular Biology Organization’s (EMBO) Gold Medal, Louis-Jeantet Young Investigator Career Award, Sackler International Prize in the Physical Science. He is in the European Inventors Hall of Fame, a member of EMBO, a Fellow of the Academy of Medical Sciences, and a Fellow of The Royal Society. His current scientific interests are described in the Research pages.