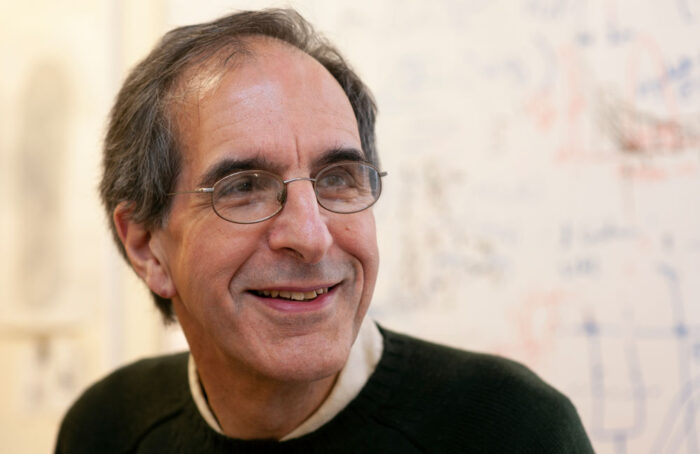 Cyrus Chothia, former Group Leader and until recently emeritus scientist in the LMB’s Structural Studies Division, died on Tuesday 26th November 2019. Cyrus pioneered the use of computational methods to study the structure and function of proteins, and the evolution of genomes, which led to the birth of structural bioinformatics and computational genomics. His collaborations with several scientists, both at the LMB and elsewhere, helped to develop a wide variety of principles and computational methods, including developing a classification system of protein structures. He was an inspiration to many, particularly in the field of bioinformatics, and much admired by friends and colleagues.

“At the LMB, and throughout the world, Cyrus’ influence, which he preferred to exert through quiet determination, was profound and long-lasting. The successes of the genomics and structural biology revolutions are unthinkable without Cyrus’ contributions,” said Jan Löwe, Director of the LMB.

Cyrus was born on 19th February 1942. He studied chemistry at the University of Durham, graduating in 1965 and then undertook a M.Sc. in crystallography at Birkbeck College London. He completed his PhD, under the supervision of Peter Pauling at University College London, on the structure and function of the neurotransmitter acetylcholine in 1970, before arriving as a postdoctoral researcher at the LMB.

In 1973 Cyrus undertook a ‘scientific grand tour’, spending time with Fred Richards at Yale, Michael Levitt at the Weizmann Institute and Joel Janin at the Institut Pasteur in Paris. With Michael, he developed the “all-α, all-β, α/β and α+β” classification of protein structures. With Joel, he determined the principles that underlie protein-protein recognition and produced models that explain how secondary structures pack in proteins. These principles have been instrumental in interpreting the molecular basis of various diseases.

Cyrus returned to England in 1976 and for the next fourteen years was attached to both the University College London and the LMB. Between 1980 and 1990 he was the E.P.A. Cephalosporin Fund Senior Research Fellow of the Royal Society. With colleague Arthur Lesk, he showed that proteins adapt to mutations by changes in structure; described the mechanisms that transmit information between distant sites in proteins; and demonstrated that there is a small repertoire of main chain conformations for immunoglobulin hypervariable regions and that those present in an antibody can be predicted from their sequence.

In September 1990, Cyrus became a Group Leader at the LMB. In 1992 he proposed that most proteins are built of domains that come from a small number of families. He collaborated with Alexey Murzin, Steven Brenner and Tim Hubbard to create the SCOP database, a periodic table for all known protein structures, and with Julian Gough to create the SUPERFAMILY database which uses hidden Markov models to identify protein sequences that are related to those with known structures.

Cyrus’ innovative approach in applying his understanding of protein structures to completely sequenced genomes of organisms provided new insights into cellular systems. His work on eukaryotes showed that the number of members in the ~200 superfamilies, of the 1,200 that were known, correlates with the complexity of the organisms in which they occur. The increases in these superfamilies play a major role in increasing biological complexity, which is fundamental in generating the diversity of life forms.

“It is a great loss to the scientific community. Cyrus’ contributions shaped how scientists approach biological questions with the use of data. He pursued this bold and unconventional path of enquiry to study structures and genomes at a time when it was unknown that data driven approaches could have such an impact on our understanding of organisms. For many of us, he was also an inspiring mentor,” said M. Madan Babu, a group leader at the LMB.

Cyrus was elected to EMBO in 1998 and became a Fellow of the Royal Society in 2000. In 2015, he was awarded the highly prestigious international Dan David Prize and the International Society for Computational Biology (ISCB) Senior Scientist Accomplishment Award, both for his work in the field of bioinformatics. He has long been recognised as a leader in computational biology and bioinformatics and has mentored over 21 scientists (19 PhD students and 2 postdocs) during his career, several of whom have gone on to become leaders in the field of bioinformatics.