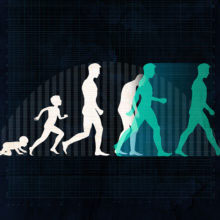 Using cultured cells and mice as a model organism, Anne’s group have found a small molecule, named Sephin1 (a selective inhibitor of a holophosphatase) which selectively binds and inhibits PPP1R15A, a regulatory subunit of the protein phosphatase PP1, to safely prolong the benefit of a phospho-signaling pathway and prevent the motor, histological and molecular defects of two, otherwise unrelated diseases in mice, Charcot-Marie-Tooth 1B and amyotrophic lateral sclerosis. This small molecule boosts the natural cellular defence systems against damaged proteins and prevents them from accumulating and becoming harmful.

This demonstrates that selective inhibition of PPP1R15A can safely prevent two neurodegenerative diseases caused by the misfolding of proteins in mice. It also establishes that phosphatases, up to now thought of as unsuitable drug targets, are targetable, opening up a broad range of possibilities to manipulate cellular functions for potential therapeutic benefits.

This research could be a first step towards developing drugs to prevent neurodegenerative diseases.

This work was funded by the MRC, the European Research Council, EMBO, the Human Frontier Science Program, the Swiss National Science Foundation, the Italian Ministry of Health and NIH.