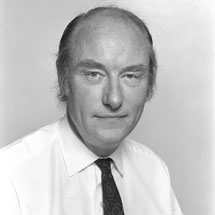 Francis joined the MRC Unit in 1949. In 1953, along with MRC colleague Dr James Watson, they elucidated the double helix structure of DNA: one of the most important biological discoveries of the twentieth century. The structure also suggested a possible copying mechanism for the genetic material and implied that this information was held in a linear sequence of bases in DNA. For his part in this work, Francis shared the 1962 Nobel Prize in Physiology or Medicine with James Watson and Maurice Wilkins.

Francis continued work on unraveling the “Genetic Code”, the relationship between gene sequence and protein sequence, and in 1961 demonstrated that genes are translated from one end of the DNA template and by three bases at a time. In 1976, Francis left LMB for the Salk Institute, La Jolla, California, where he died in 2004.

The road will run through the campus past the new LMB building, which is set to open in 2012. The building is designed to house 440 scientists. Its overall shape consists of two kinked laboratory blocks joined by a central atrium, in a shape reminiscent of a chromosome. The total usable area will be approximately 27,000m2 on three main floors.