Home > Insight on Research > IL-17, a regulator of the immune system, impacts behaviour 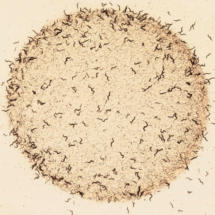 The state of the immune system has effects on brain function, but despite suggestions that immunoregulators can affect people’s mood and behaviour, we are only beginning to understand how these two major body systems interact. The contributions of a neuron to circuit activity and behaviour depend on its responsiveness to upstream inputs, and its ability to drive downstream outputs. By modifying the input–output relationships between neurons, neuromodulators play crucial roles in information processing by the brain. Identifying neuromodulator signalling pathways and understanding their effects on circuit activity are pre-requisites to elucidate the neural basis of behaviour. Research by Mario de Bono and Ramanujan Hegde’s groups in the LMB’s Cell Biology Division has shown that the pro-inflammatory cytokine interleukin 17 (IL-17) can act on neurons to change their signalling properties.

Mario’s group uses nematode worms as a model organism to study behaviour. These worms normally feed in groups, but Changchun Chen in Mario’s group isolated hundreds of worm mutants that fed alone. These mutants had their genomes sequenced to identify their DNA changes. Unexpectedly, a subset of the mutants had disrupted signalling by interleukin-17, a cytokine that in humans drives inflammation. To identify where and how this pathway alters neural circuit function Mario’s group monitored the activity of neurons and found defects in specific circuits in the mutant worms. The genes identified were then added back specifically to the neurons in these circuits, resulting in restoration of aggregation behaviour. Moreover, over-expressing IL-17 caused the circuits to become hyperactive, suggesting the level of IL-17 can modulate circuit signalling levels. 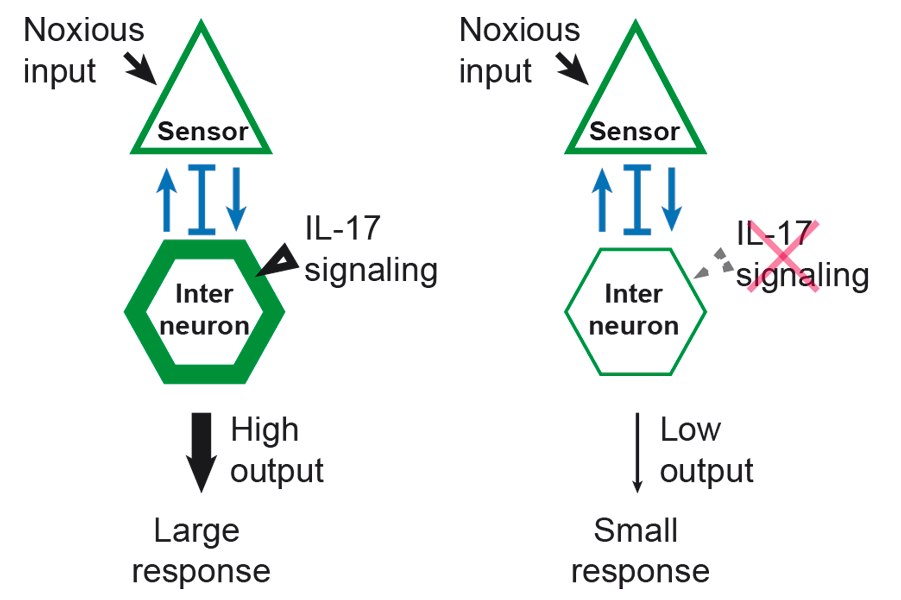 IL-17 is thought to drive many autoimmune diseases, including psoriasis and arthritis. This work suggests that some of the pain associated with these diseases may reflect direct action of IL-17 on neurons – blocking IL-17 signals may treat both inflammation and its associated pain. It also suggests that drugs seeking to target IL-17 may alter the function of circuits beyond the inflammatory response.

This work was funded by the MRC and the European Research Council.

Paper in Nature
Mario’s group page – now at the Institute of Science & Technology, Austria
The role of inflammation in depression: from evolutionary imperative to modern treatment target