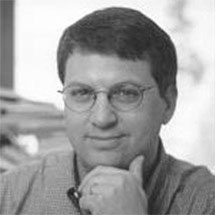 David Drubin, will give the inaugural John Kendrew Lecture on Tuesday 3rd April at 4.15pm in the LMB’s Max Perutz Lecture Theatre.

The title of the lecture is ‘Harnessing actin dynamics for endocytic trafficking events.’ This event is open to anyone in the local area who is interested in attending.

David is interested in the molecular mechanisms that underlie actin-mediated trafficking events as well as those that control the fidelity of mitosis and meiosis. His work facilitates direct comparisons between endocytic mechanisms in yeast and humans so that general principles can be revealed.

Clathrin-mediated endocytosis (CME) is the best-studied pathway by which cells selectively internalize molecules from the plasma membrane and surrounding environment. We study this process by live-cell microscopy in yeast and mammalian cells. The yeast studies have revealed a regular sequence of events necessary for endocytic vesicle formation involving some 60 proteins, which induce a highly choreographed series of changes in membrane geometry, ultimately resulting in scission and vesicle release. To analyze endocytic dynamics in mammalian cells in which endogenous protein stoichiometry is preserved, we previously targeted zinc finger nucleases (ZFNs) to the clathrin light chain A and dynamin-2 genomic loci and generated cell lines expressing fluorescent protein fusions from each locus (1). The genome-edited cells exhibited enhanced endocytic function, dynamics and efficiency when compared with previously studied cells. The high regularity of CME dynamics in these genome-edited cells has now been exploited to interrogate by RNAi and chemical inhibition how endocytic proteins and the actin cytoskeleton contribute to endocytic vesicle formation and to the regulation and dynamics of the process. These studies demonstrate the importance of actin assembly for robust endocytic dynamics in mammalian cells.

The John Kendrew Lecture is named in honour of LMB Nobel Laureate John Kendrew. It is one of a series of named lectures organised by the LMB to be given by eminent scientists from around the world.

John Kendrew was born in Oxford on 24th March, 1917. He studied chemistry at Trinity College, Cambridge and graduated in 1939. During World War II he worked on radar for the Air Ministry Research Establishment. In 1946 he returned to Cambridge and joined Max Perutz at the MRC ‘Unit for Research on the Molecular Structure of Biological Systems’ (now the MRC Laboratory of Molecular Biology) where his research focused on protein structure and the X-ray analysis of myoglobin. In the 1960’s John jointly founded the European Molecular Biology Organisation (EMBO) and helped create and was first Director of the European Molecular Biology Laboratory (EMBL). He also founded and was Editor in Chief of the Journal of Molecular Biology. From 1981-1987 he was President of St John’s College, Oxford. He died in Cambridge on 23rd August 1997.