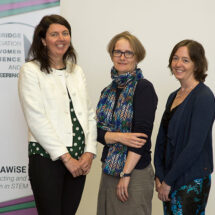 The LMB and Cambridge AWiSE recently held their 11th annual “What Next For Your Career in Science?” event in the LMB’s Max Perutz Lecture Theatre. The three speakers, Monika Papworth, Elizabeth Fairley and Sarah Cumbers, were all LMB alumni, who since leaving the LMB have gone on to be successful in diverse areas.  All of them spoke about how they have built on the scientific training they received at the LMB to pursue their careers outside academia.  They talked about the importance of finding a career that is right for you and that matches your aspirations and interests, and not to be afraid to try something and move on if it isn’t right.  They encouraged attendees to persevere to achieve their goals and to make the most of any opportunities that arise including learning from the influential people they come into contact with throughout their career.  Finally they all mentioned the challenges of having children while maintaining a career and how they have successfully overcome these. 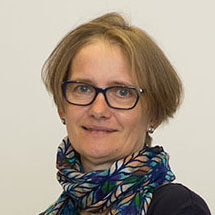 The first speaker was Monika Papworth, who was a postdoctoral researcher at the LMB from 1998-2006. When Monika left university in Poland, there were lots of exciting things happening in the world and she didn’t really want to work.  Luckily for her, science is something she does for fun and she has followed this interest throughout her career. However, after completing her PhD and eleven years of post-doctoral research, Monika worried that she may have “post-doc’d [herself] out of the job market”.  Based on her scientific knowledge and skills, she was offered the opportunity to become a scientist at Cambridge Antibody Technology (now MedImmune), where she has happily remained ever since.  She talked about the scientific opportunities there are within industry and how this career route is different from the traditional academic life.  Monika closed her talk by advising that regardless of what career route a person takes, their goal in life should be to meet, and have an impact on, as many people as possible “in order to ensure you have the biggest and best funeral!”

“Lift your head up, and look around at your opportunities” 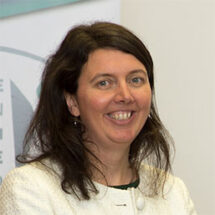 Monika was followed by Elizabeth Fairley, who did her PhD at the LMB from 1997-2002. Elizabeth spoke notably about being open to changing career direction, and accepting advice and help from others. Some examples of this in her own life included taking the advice from a geneticist to change her undergraduate studies from Environmental Science to Medical Genetics, and taking up a PhD at the LMB rather than a job with AstraZeneca on their recommendation. Following her PhD, she did a post-doc with Wellcome in Edinburgh but, after spending a year in industry with Unilever, knew that industry was where she wanted to return. Elizabeth found that she was regularly knocked back by people assuming that all she could do was science, and so took the advice of Scottish Enterprise and undertook an accelerated MBA in the US. When presented with several new opportunities, Elizabeth followed her heart and is now the Director of Talking Medicines, which enables her to bring together all the skills she has gained.

“Enjoy the challenge of new things, but also enjoy the plateau in your career” 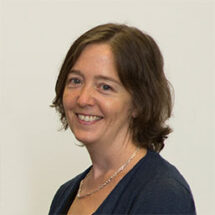 Finally, we heard from Sarah Cumbers, who came to the LMB in 1997 to do her PhD, thinking that she wanted a career as a scientist. Sarah talked in particular about embracing early career experiences to find out what you don’t want to do with your life, and moving on if you are unhappy in a job. After completing her PhD, Sarah had a couple of jobs in medical writing and the voluntary sector which showed her what she did not want to do, and enabled her to realise what her priorities in a job were. Sarah’s aim in life has always been to make a positive difference and her early career experiences led her to consider opportunities to work for larger, efficient, non-commercial organisations in London. It was in 2003 that Sarah, building on her scientific background and previous management experience, became a Project Manager at the National Institute for Health and Care Excellence (NICE), and in 2005 took up a managerial post leading NICE’s Information Services. She is now the Associate Director for Guidance Transformation, and is able to use aspects of her science background, while fulfilling her requirements for where she wanted to work. On a personal note, Sarah also discussed how she felt torn about leaving work for maternity leave, but stressed that it is vital to have a good work-life balance, and she now exalts the benefits of working for an organisation which allows her to be flexible.

Following the talks, there was a networking opportunity where the attendees were able to learn more about the fascinating and varied career paths of the speakers, as well as talk to others in Cambridge about their own career plans.  Several attendees commented about how inspirational the three speakers had been and how it had made them think about alternative careers in which to use their scientific skills.