Cara Ellison, a PhD student in Felix Randow’s group in the LMB’s PNAC Division, attended Parliament to present her research to a range of politicians and a panel of expert judges, as part of STEM for BRITAIN on Monday 13 March.

Cara was shortlisted from hundreds of applicants to appear in Parliament. She presented a poster explaining her research on new ways that cells detect invasion by bacteria, which was judged against dozens of other scientists’ research in the only national competition of its kind.

After presenting her research in Parliament, Cara said:

“I was really delighted to have been selected to present my PhD research at the STEM for Britain event held in Parliament. I received a lot of interest in my poster and I thoroughly enjoyed telling politicians about my research work and explaining the importance of it. Additionally, the event provided a chance to see inside Parliament, which I also really enjoyed. It was a very rewarding all-round experience.”

Ahead of the event, Stephen Metcalfe MP, Chairman of the Parliamentary and Scientific Committee, said:

“This annual competition is an important date in the parliamentary calendar because it gives MPs an opportunity to speak to a wide range of the country’s best young researchers.

“These early career engineers, mathematicians and scientists are the architects of our future and STEM for BRITAIN is politicians’ best opportunity to meet them and understand their work.” 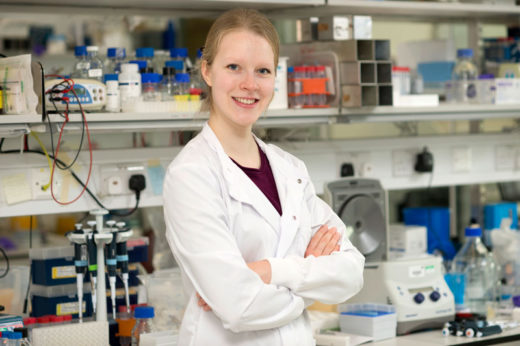