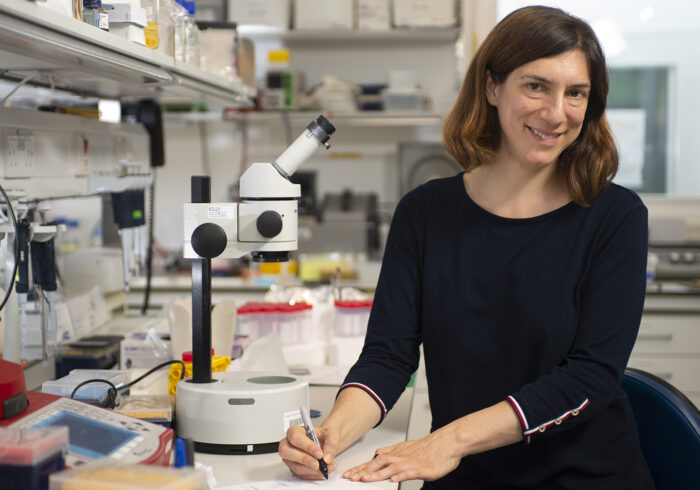 The LMB is delighted to announce the appointment of Marta Zlatic as a Group Leader in the Neurobiology Division. Marta joins the LMB to continue working to advance our understanding of how the structure of the central nervous system (CNS) relates to its function in learning and decision-making.

A main aim of Marta’s group’s work is to understand how neuronal circuitry enables animals to learn and to select an appropriate response based on the learnt information. The capacity to perform learning- and memory-based action selection in this way is dependent on the architecture and structure of the map of connected neurons that make up the CNS, known as the connectome.

Whilst a group leader at HHMI Janelia Research Campus in the US, Marta contributed to establishing the Drosophila larvae as a powerful model system for studying this circuit implementation of neural computations. She has developed high-throughput methods for observing and categorizing behavior in automated ways, for generating neuron behaviour maps of the nervous system, and combining them with the maps of structural patterns of connections (the connectome). Using such combinations of approaches, her groups has revealed important principles of multisensory integration and sequence generation.

Her group now aims to identify the neuronal circuits that regulate and implement learning and action selection and to investigate the structural changes in the brain that are involved in storing memories. Discovery of recurring motifs of neuronal circuits that regulate learning and perform action-selection in flies will provide a basis for the future study of larger brains, including our own, as basic mechanisms of neural computation are likely to be similar.

Marta completed her PhD and postdoctoral work at the University of Cambridge, before joining HHMI Janelia Research Campus as a group leader in 2009. Marta was awarded the Eric Kandel Young Neuroscientists Prize in 2017, a biennial prize awarded to outstanding neuroscientists under 40.