Madan Babu, Andrew Carter and Melina Schuh have been newly elected as members to the European Molecular Biology Organisation (EMBO).

EMBO elects new members annually on the basis of scientific excellence and outstanding research contributions. The organisation promotes excellence in life sciences by supporting talented researchers, and stimulating exchange of scientific information. Madan, Andrew and Melina join more than 1700 of the best researchers from Europe and around the world. 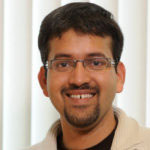 Madan is a group leader in the LMB’s Structural Studies Division. His group is interested in understanding how mutations in the structured and intrinsically disordered regions of protein affect the different regulatory networks and contribute to disease. His lab focuses on understanding how regulation is achieved in cellular systems at different levels of complexity. At the molecular level, the group study regulatory and signalling proteins to understand the mechanisms involved. At the systems level, they investigate how the different regulatory mechanisms contribute to cellular homeostasis and how mutations that disrupt these regulatory networks cause disease. At the genome level, they investigate the impact of mutations on genome and transcriptome evolution. 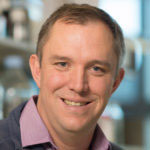 Andrew is also a group leader in the LMB’s Structural Studies Division. His group is looking at the structure and mechanism of cytoplasmic dynein. The contents of eukaryotic cells are organised and moved around by motor proteins running along the tracks that make up the cytoskeleton. The largest and most complicated of these motors is cytoplasmic dynein. It is involved with numerous processes, from positioning organelles, to cell division, to clearing up misfolded proteins. Defects in dynein are linked to developmental disorders and neurodegeneration. Dynein is also used by viruses, such as herpes and rabies, to infect the cell. Andrew’s research aims to improve our understanding of dynein’s roles in medically-relevant, cell-biological processes. 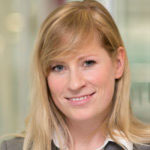 Melina was, until recently, a group leader in the LMB’s Cell Biology Division. Her research is looking at how aneuploidy arises in mammalian eggs. Defects in the egg are the most common cause of pregnancy loss and human aneuploidy conditions such as Down’s Syndrome. Most defects result from errors in chromosome segregation, when an egg develops out of an oocyte. Melina’s group is also interested in fertility problems and in vitro fertilisation (IVF) treatments. Eggs derived for IVF are frequently abnormal and cannot develop into viable embryos upon fertilisation. To improve fertility treatments it is essential to have a better understanding of the mechanisms that govern accurate progression through meiosis. The long-term goal of Melina’s research is to identify and analyse mechanisms that lead to abnormal eggs and pregnancy loss in mammals. Earlier this year, Melina relocated her lab to the Max Planck Institute for Biophysical Chemistry, Germany, to take up the role of Head of the Department of Meiosis.