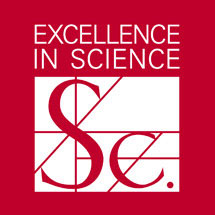 The Royal Society recognizes excellence in science and technology through its medals, awards and prize lectures. Amongst the recently announced prizewinners are three scientists from the LMB – Greg Winter, Brad Amos and Sarah Teichmann.

Greg Winter from the LMB’s PNAC Division has been awarded the 2011 Royal Medal for interdisciplinary sciences. This is one of the most prestigious medals awarded by the Royal Society. It has been awarded to Greg in recognition of his pioneering work in protein engineering and therapeutic monoclonal antibodies, and his contributions as an inventor and entrepreneur.

Greg joined the LMB as a PhD student in 1973, was made a Programme Leader in 1981 and Deputy Director in 2006 (to June 2011). He pioneered the field of protein engineering, applying this to analysis of enzyme mechanisms and to the synthesis of “humanized” and human therapeutic antibodies. His inventions have led to antibody treatments for diseases such as cancer and rheumatoid arthritis, and his entrepreneurial activities to the founding of three biotechnology companies, including Cambridge Antibody Technology (now part of AstraZeneca).

Brad Amos an Emeritus Group Leader from the LMB’s Structural Studies Division has been invited to deliver the Leeuwenhoek Lecture in 2012. This is in recognition of Brad’s exceptional impact on the field of cell biology through his co-development of the laser scanning confocal microscope.

Brad joined the LMB in 1981 and it is in the LMB that he helped to develop confocal microscopy into a practical instrument. He then went on to show its potential using fluorescent stained biological samples. He continues to work on optical microscope developments to improve the range and quality of biomedical images.

Sarah Teichmann also from the LMB’s Structural Studies Division has been invited to deliver the Francis Crick Lecture in 2012. This is in recognition of Sarah’s exceptional achievements in structural bioinformatics relating to decoding the principles of protein interactions.

Sarah completed a PhD in computational genomics at the LMB. She then spent two years at University College London, returning to the LMB in 2001 as a Programme Leader. She has made seminal contributions to understanding how protein families recombine within multi-domain proteins and to the evolution and dynamics of transcriptional regulatory networks.