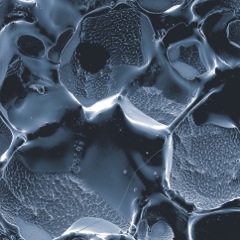 New research from Philipp Holliger’s group in the LMB’s PNAC Division demonstrates the power RNA could have wielded to enable the first forms of life on Earth to reproduce and thrive.

At its most basic level, all life can be viewed as a mechanism for self-replication: organisms reproduce by making new copies of themselves and of the genetic information that defines them. A question that scientists in the LMB and around the world grapple with is: how could this process have started on the early Earth? Replication must be founded on something simple enough to emerge from the chemicals available on earth billions of years ago, before biological molecules existed: a simple molecule capable of synthesizing copies of itself.

In the modern world, genetic information is stored in DNA whilst protein molecules catalyse the biochemical reactions needed for replication. RNA molecules provide the bridge between these two, by making proteins from the information stored in DNA. Compelling evidence suggests that in early, primordial life RNA may have performed many of the functions of both DNA and proteins, including storing its own genetic information and making copies of itself. However, the key molecule of this hypothetical ‘RNA world’, a self-replicating RNA, has been lost in time and so cannot be studied directly.

However, using synthetic biology, scientists in Philipp Holliger’s group are one step closer to constructing a modern-day analogue of the primordial ‘RNA world’.

James Attwater and Aniela Wochner from the Holliger lab have made an RNA molecule that is able to accurately copy RNA sequences that are longer than itself – more than 200 building blocks long – uncovering a synthetic capability that could have been crucial for RNA-based early life.

Remarkably, the ribozyme was found not in a liquid watery solution but by conducting molecular evolution experiments at frozen temperatures in ice, which the researchers think may have protected the fragile RNA molecules on the surface of the violent early earth. The resulting ribozyme was not only adapted to the cold environment but could synthesize long RNA sequences at both frozen and ambient temperatures.

This work represents a key step towards the prospect of a ribozyme able to generate copies of itself, and the modern-day reconstruction of nature’s first genetic system.