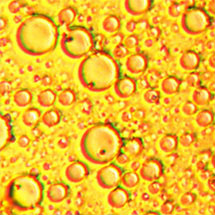 The origin of life is one of the great, unsolved mysteries of biology. In a quest to improve understanding of how life might have originally emerged, a group of LMB scientists have managed to construct an enzyme that can mimic how the first forms of life may have arisen and begun to evolve – before DNA came along.

Aniela Wochner and colleagues in Philipp Holliger’s group have used molecular evolution to build a synthetic enzyme made solely from RNA (a chemical cousin of DNA) that can reproduce other RNA strands, in particular another RNA enzyme, recapitulating an important step in the origin of life.

The group used a newly developed and highly sensitive molecular evolution system to fish out RNA enzymes (ribozymes) with superior replicase activity from a pool of millions of randomly mutated candidate replicases. Through careful identification and recombination of the evolved traits in a single RNA molecule they then engineered their potent ribozyme.

This discovery could have a profound impact on the understanding of how life emerged and began to take shape as it strengthens the plausibility of a primordial ‘RNA world’, the idea that our most distant ancestors used a simpler biology based on RNA alone as first proposed by Francis Crick over 40 years ago.

Philipp Holliger says: ‘Our discovery underlines yet again the truly astonishing power of Darwinian evolution, which has shaped life down to the molecular scale from its very first tentative steps.’

The study ‘Ribozyme-Catalyzed Transcription of an Active Ribozyme’ is published online in Science.