From its earliest days the LMB has attracted and trained first class scientists from around the world – creating a diverse community for the exchange of ideas and technical innovation. The LMB provides excellent opportunities for early career and established researchers – people with the potential to lead their field. A high percentage of LMB students and post-docs stay in research or science related fields after they leave the LMB. The LMB supports the wider scientific community by supplying highly trained scientific leaders. They leave the LMB to develop and support molecular biology both in the UK and throughout the world.

Two LMB alumni, Christian Münch and Clemens Plaschka, are among twenty-six life scientists to be welcomed into EMBO’s Young Investigator Network. They join a cohort of 130 current and 368 former members with access to networking opportunities and funding. More…

Ken Holmes, LMB alumnus and friend, has died at the age of 86. He was a PhD student with Rosalind Franklin at Birkbeck College, London, and moved to the LMB alongside Aaron Klug in 1961. He continued the work of Rosalind and Aaron on the structure of the tobacco mosaic virus (TMV) and his work on insect flight muscle paralleled the work of Hugh Huxley studying the structure and function of vertebrate muscle. Ken was the first to find the crucial evidence that the myosin crossbridges in the thick filaments in muscle moved depending on the presence or absence of ATP. His work on muscle and TMV continued when he moved to the Max Planck Institute for Medical Research in 1968, becoming Director of the Department of Biophysics in 1973. He remained in contact with many colleagues at the LMB, participating in events and inspiring conversations. In 2017, he published his biography of Aaron Klug – A Long Way from Durban – which was celebrated with a book launch at the LMB. More

LMB 1971-1993, Group Leader and Head of Sub-Division of Peptide Chemistry,

John Wade from The University of Melbourne and John Jones from Balliol College, University of Oxford have partnered to essay the life and work of Robert Charles Sheppard. Bob was invited to join the LMB to head its Peptide Chemistry research group in 1971. He was an essential part of the PNAC division during his outstanding career. He made a hugely significant and fundamental contribution to the field of peptide synthesis research. Bob was a true pioneer of solid-phase protein synthesis (SPPS) and many of the methods he helped develop are still widely used today across industry and academia. More…

Yee Lian Chew is the recipient of the Flinders Foundation’s Mary Overton Senior Research Fellowship in Neuroscience. In her new research laboratory at Flinders she will continue her research using Nematode worms to better understand chronic pain. More… 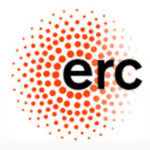 Maria Leptin is the new President of the European Research Council starting from 1 October 2021. Since her postdoc position in Michael Wilcox’s group at the LMB, Maria has been a Group Leader at the Max Planck Institute for Developmental Biology, led a research group at EMBL and served as Director of EMBO. More…

Alexey Amunts shares insights into his career to date, including his time at the LMB in Venki Ramakrishnan’s lab, the importance of open science and collaboration, in an interview with the Journal of Cell Science. More…