The human body consists of hundreds of cell types, all originating from the fertilised egg. During the embryonic period, the number of cells increases dramatically. They mature and become specialised to form the various tissues and organs of the body. Large numbers of cells continue to be formed in the adult body. In parallel with the generation of new cells, cell death is a normal process, both in the foetus and adult, to maintain the appropriate number of cells in tissues. This delicate, controlled elimination of cells is called programmed cell death.

Sydney Brenner, Bob Horvitz and John Sulston studied how genes regulate organ development and how cells are programmed to die. By studying the life cycle of the adult nematode worm, which has just 959 cells, a short lifetime, and is transparent, it was possible to follow cell division as it happened, and ‘map’ these cells to identify the origin of the worm’s components during development. It was also possible to see what affects gene mutations had on organ development. Studying programmed cell death is important in understanding how viruses and bacteria invade cells and cancer changes them. Inducing such death is a key goal of cancer therapy.

Collaborating with Bob Waterston, John then moved onto sequencing the worm’s genome, reading the DNA code that determines the characteristics of the worm. This work led to the sequencing of the human genome, with John leading the UK team at the Wellcome Trust Sanger Institute. Using sequencing techniques developed by Fred Sanger, the human genome was completed in 2003. This is now being studied in order to improve the diagnosis of disease, develop new therapies and improve healthcare. The more we learn about the human genome the more there is to explore.

“I just loved watching the cells. It’s a beautiful thing to do and a challenge in the jigsaw-puzzling sense to get it all.”John Sulston 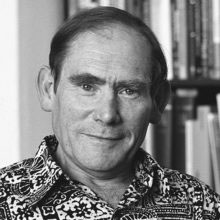 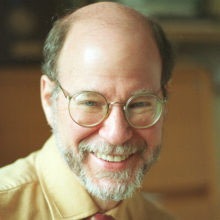 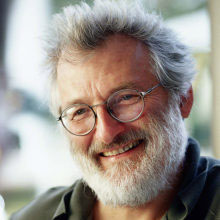