“for the development of multiscale models for complex chemical systems”

The development of computers goes hand in hand with advances in biological research. Structural biology, in particular, has been greatly enhanced by the development of computers and computer programming. In the 1960’s, Michael Levitt had written a general computer program for studying the conformations of small molecules. He realised that this program could form the basis of a system for studying larger molecules, and it was this system that he started to develop at the LMB.

A key problem with early computational structural biology was that the classical programs used could only display molecules in a state of rest: you could see how the atoms were positioned in a molecule but not how they behaved and moved during chemical reactions. It was impossible to map these reactions in the laboratory as they happened in a fraction of a millisecond and the entire atomic structure is changed when filled with the energy of a chemical reaction.

Michael combined his classical computer program with work on quantum physics by Martin Karplus, at Harvard University, and Arieh Warshel, at the Weizmann Institute, to create a computer program that could calculate various plausible reaction pathways – a process known as simulation or modellling. To do this they had to make the combined classical and quantum physics work smoothly together in one computer program. In 1976 Michael and Arieh produced the first computerised model of an enzymatic reaction, a development that allowed any kind of chemical reaction to be simulated involving any kind of molecule, irrespective of size.

This work has since been developed further and enables modern chemists to simulate complex chemical reactions on a computer. This ability has allowed for much deeper understanding of how chemical processes happen. It has permeated into all aspects of structural biology, from protein folding to drug design, to supramolecular interactions.

“Computers were made for biology: biology would never have advanced as it did without the dramatic increase in computer power and availability.”Michael Levitt 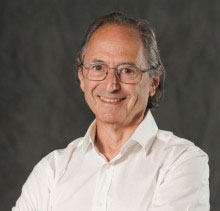