Alternatives to using Animals in Research

Although experiments using animals have proven essential in providing cures and therapies for human and animal diseases, LMB scientists are continually seeking alternatives to using animals in research. 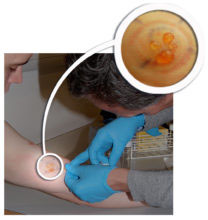 A group of LMB scientists were involved as human volunteers in a program of research, studying the cells involved in allergic skin reactions. This is an example of the 3Rs: replacing a technique using animals with a scientifically appropriate procedure in humans

Analysis of the structure and function of the ribosome, which led to the award of the 2009 Nobel prize for Chemistry, is enabling the rational design of improved antibiotics by computer modeling. These studies offer new approaches for tackling the challenge of antibiotic resistance. 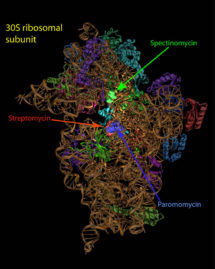