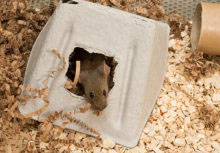 Animal health and welfare is of paramount importance to staff at the LMB, from both an ethical view and to achieve robust and reproducible experimental data.

Animals at the LMB are accommodated and cared for to the highest standards possible. This philosophy has shaped the design of the LMB’s animal facilities. Animal care is undertaken by a highly trained and dedicated team of animal technicians, supported by 24 hour veterinary care. 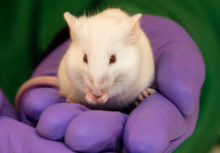 To maintain the high health status of the mice, access to the LMB animal facilities is strictly limited to prevent infection.

Named Animal Care and Welfare Officers (NACWOs), authorised by the Government and independent from the scientific research, ensure that the care and welfare of animals is monitored in accordance with the Animals (Scientific Procedures) Act 1986 (ASPA).

All work involving animals at the LMB is undertaken in accordance with the principles of the 3Rs; Replacement, Reduction and Refinement.

LMB scientists conduct small pilot studies to improve the quality and efficiency of their research. Careful design of experiments incorporating statistical calculations and having appropriate controls minimises the number of animals needed per experiment. Stringent colony management is practised in order to prevent wasteful overbreeding. 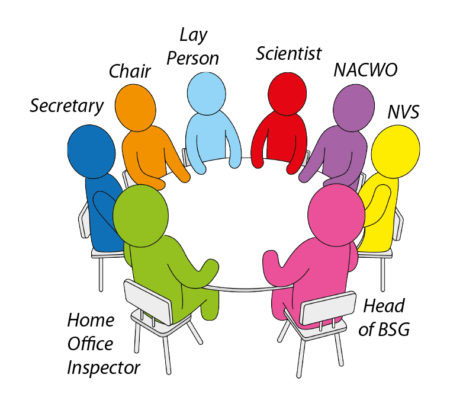 AWERB is a committee of people from diverse backgrounds that discuss the ethics of all programmes of animal work proposed by LMB scientists.

The LMB AWERB is composed of animal technicians who have specific responsibilities for animal welfare (NACWOs), scientists who are experienced in a variety of animal research fields, a vet and a number of lay people who are not involved in scientific research.

All committee members have a personal responsibility to ensure the welfare of the animals is placed at the forefront of ethical approval.

The views of the committee reflect a consensus opinion from all members ensuring that broad and unbiased ethical decisions are made.

Once a project meets LMB AWERB ethical approval it is formally evaluated by the government who may issue a project licence to allow this work to take place.