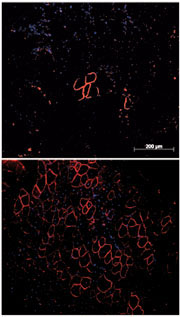 Mike Gait began his career working on Nucleic Acids chemistry at the University of Birmingham and obtained a Ph. D. in 1973. After a postdoc at M.I.T USA with H. Gobind Khorana working on gene synthesis, he returned to the UK as a Staff Scientist at the LMB. He formed his own group in 1978, became a Senior Staff Scientist in 1987 and MRC Programme Leader in 1994 until his retirement in 2017. Early work was devoted to development of methods of solid-phase DNA and RNA synthesis, becoming particularly known for his edited book “Oligonucleotide Synthesis: A Practical approach” in 1984. Later he switched to the synthesis of nucleic acids analogues in the study of ribozymes and HIV RNA-protein interactions. In the late 1990s, he started to develop the synthesis and biological activity of peptides as conjugates of steric block antisense oligonucleotide analogues. This became particularly successful in the case of uncharged analogues PNA and PMO. These conjugates were applied initially as potential antiviral agents and later for redirection of pre-mRNA splicing. From 2007 he collaborated closely with Matthew Wood and colleagues in Oxford to develop peptide conjugates of PMO for exon skipping in Duchenne muscular dystrophy and other neuromuscular diseases.

He is a Fellow of the Royal Society of Chemistry, a former President of the International Society of Nucleosides, Nucleotides and Nucleic Acids and a board member of the Oligonucleotide Therapeutic Society (now honorary) and received a Lifetime Achievement Award from that Society in 2017. He was elected to EMBO in 2006, was an Executive Editor of Nucleic Acids Research from 1988-2012 and remains an advisory board member.

Our recent work has focused on the chemical synthesis and use of cell penetrating peptides as conjugates of modified oligonucleotides, notably peptide nucleic acids (PNA) and phosphorodiamidate morpholino oligonucleotides (PMO), to target pre-mRNA inside cell nuclei as steric blocking agents towards development of therapeutics for treatment of neuromuscular and other genetic diseases. In conjunction with Professor Matthew Wood and colleagues at the University of Oxford, we designed a new class of cell-penetrating peptides, called Pip, which showed outstanding cell and in vivo delivery of conjugated PMO. Applications include: 1) high level exon skipping of the dystrophin gene and dystrophin restoration in an mdx mouse model of Duchenne Muscular Dystrophy, 2) exon inclusion of the SMN2 gene in muscle and brain in a mouse model of Spinal muscular atrophy, 3) targeting of the expanded repeat sequences in mouse models of myotonic dystrophy. We have continued to develop such cell-penetrating peptides further towards obtaining clinical candidates. The new D-PEP peptides form the basis of founding of a new MRC-University of Oxford spin-off company to take P-PMO to clinical trials.