Developmental assembly of the serotonin system

The serotonin (5HT) system is believed to be the most expansive neural system, innervating nearly every area of the brain and has been implicated in the modulation of seemingly every human behavior. It is the most frequently targeted neural system pharmacologically for treating psychiatric disorders, including depression and anxiety. 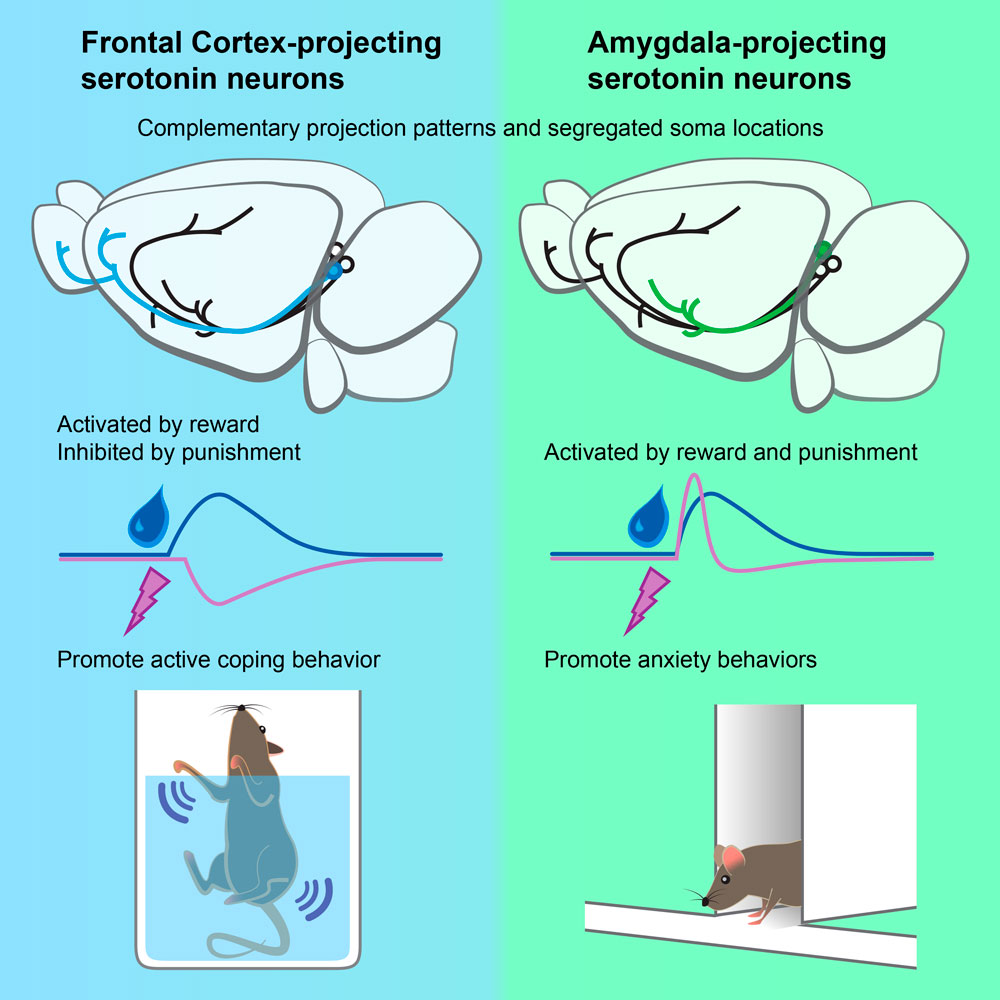 We recently revealed that there are anatomically defined parallel serotonin sub-systems that exert different influences on distinct behavioural functions of mice. We are trying to determine how individual serotonin sub-system reaches their particular target brain regions during development in mice. We shall identify the molecules that guide the neural circuit formation. After that, we shall combine multiple advanced tools to understand when some of the serotonin sub-systems fail to connect with their downstream brain regions: which aspects of the mental states are disrupted. This work will advance our understanding of the relationship between neurodevelopment and psychiatric disorders, with the potential of discovering novel targets for therapeutic interventions.