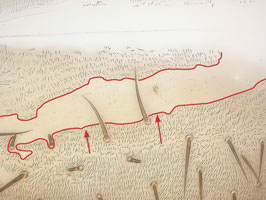 Peter Lawrence did his Ph.D. (1962-65) with the great insect physiologist VB Wigglesworth. He selected a large problem and has so far worked on it for 50 years: how are animals designed and built?

In 1969 Brenner and Crick invited him to the LMB to their new Cell Biology division. Lawrence has made many contributions to developmental biology; he was a pioneer in analysing how morphogen gradients drive both pattern and polarity, is a joint discoverer of compartments in development and (with Morata) found evidence that homeotic genes build a binary genetic address used to specify the developmental fate of precisely defined groups of embryonic cells.

He believes that genetics is the “master science of biology” (Brenner) and has used genetic mosaics to illuminate how a complex animal is put together. Since his retirement from the LMB in 2006, he has worked in the Zoology Department, Cambridge, supported by that Department, by the Wellcome Trust and by the LMB. He is an outspoken critic of many aspects of modern science. He believes that the LMB was an experiment that worked brilliantly and that this past success provides arguments to resist the current fashions and policies in scientific practice.

We are continuing to work on animal design and pattern formation in Drosophila, particularly studying planar cell polarity (PCP) with both molecular and genetic techniques. We collaborate with Gary Struhl (Columbia, NY), David Strutt and colleagues (Sheffield) and JP Vincent and colleagues (MRC, Crick Institute).

We have made discoveries that have changed the field of PCP. For example, we have found that the Flamingo (aka Stan) is a key molecule: e?xchange of polarity information occurs via homodimers of Flamingo that form bridges from cell to cell. There are two genetic systems responsible for PCP, the Stan system and the Dachsous system and we have found that these act independently.

Any applicants to join my group should apply to me care of:

where we are located. 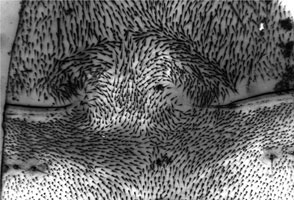